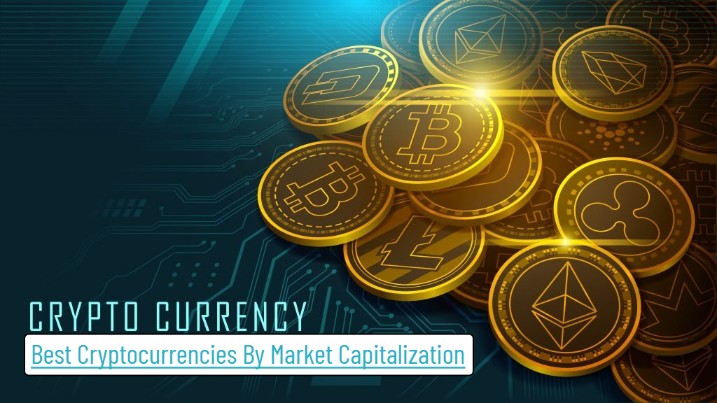 Many investors consider bitcoin (BTC) to be the original cryptocurrency. In 2010, a man from Jacksonville, Florida made the first real-world purchase with bitcoin. He bought 2 pizzas for 10,000 bitcoins. At the time, it was a reasonable price for 2 fast food pizzas. If this man had skipped his dinner and kept his bitcoin, he would be sitting on nearly half a billion dollars’ worth of cryptocurrency today.

By historical standards, bitcoin is a great investment. Bitcoin is the best-performing asset and cryptocurrency over the past decade, having appreciated by over 31,000%. If you invested just $1,000 in bitcoin ten years ago, you would have hundreds of millions dollars today. But can bitcoin sustain this exponential growth? Potentially, trading volatile cryptocurrencies involves a lot of risk compared to traditional investments, but the payoff can be life-changing.

Meaning of Cryptocurrency: – A cryptocurrency (or “crypto”) is a digital currency that can be used to buy goods and services, but uses an online ledger with strong cryptography to secure online transactions. A cryptocurrency is a medium of exchange that is digital, encrypted and decentralized that can be exchanged for goods and services online. Many companies issue their own currencies, often called tokens, and can be traded exclusively for a good or service provided by the company. Think of them like you would arcade tokens or casino chips. You will need to exchange real currency for cryptocurrency in order to access a good or service.

Cryptocurrencies are systems that allow for secure payments online which are denominated in terms of virtual ‘tokens’ which are represented by ledger entries internal to the system. ‘Crypto’ refers to the various encryption algorithms and cryptographic techniques that safeguard these entries, such as elliptical curve encryption, public-private key pairs, and hashing functions.

The word “cryptocurrency” is derived from the encryption techniques which are used to secure the network. A cryptocurrency is a form of digital asset based on a network that is distributed across a large number of computers. This decentralized structure allows them to exist outside the control of governments and central authorities.

Cryptocurrencies work using a technology called blockchain. Blockchains, which are organizational methods for ensuring the integrity of transactional data, are an essential component of many cryptocurrencies. Blockchain is a decentralized technology spread across multiple computers that manage and record transactions. Part of the appeal of this technology is its security.

What is a Blockchain?

Meaning of Blockchain: – Blockchain is a specific type of database. It differs from a typical database in the way it stores information; blockchains store data in blocks that are then chained together. Blockchain is a system of recording information in a way that makes it difficult or impossible to change, hack, or cheat the system. A blockchain is essentially a digital ledger of transactions that is duplicated and distributed across the entire network of computer systems on the blockchain.

For Example: – Imagine a book where you write down everything you spend money on each day, so each page is similar to a block, and the entire book, a group of pages, is a blockchain.

With a blockchain, everyone who uses a cryptocurrency has their own copy of this book to create a unified transaction record. Software logs each new transaction as it happens, and every copy of the blockchain is updated simultaneously with the new information, keeping all records identical and accurate.

One key difference between a typical database and a blockchain is the way the data is structured. A blockchain collects information together in groups, also known as blocks, that hold sets of information. Blocks have certain storage capacities and, when filled, are chained onto the previously filled block, forming a chain of data known as the “blockchain.” All new information that follows that freshly added block is compiled into a newly formed block that will then also be added to the chain once filled.

A database structures its data into tables whereas a blockchain, like its name implies, structures its data into chunks (blocks) that are chained together. This makes it so that all blockchains are databases but not all databases are blockchains. This system also inherently makes an irreversible timeline of data when implemented in a decentralized nature. When a block is filled it is set in stone and becomes a part of this timeline. Each block in the chain is given an exact timestamp when it is added to the chain.

How many cryptocurrencies are there in the market?

According to market research website CoinMarketCap.com, more than 10,000 different cryptocurrencies are publicly traded. And cryptocurrencies continue to spread, raising funds through initial coin offerings, or ICOs. According to CoinMarketCap, the total value of all cryptocurrencies as of August 18, 2021 was over $1.9 trillion – down from April’s high of $2.2 trillion. The total value of all bitcoin, the most popular digital currency, was estimated to be around $849 billion, gaining some ground from recent price lows. Nevertheless, bitcoin’s market cap remains well below its April high of $1.2 trillion.

The top 10 traded cryptocurrencies by market capitalization, which are tracked by CoinMarketCap, a cryptocurrency data and analytics provider is given as follows: –

Why are cryptocurrencies so popular?

Cryptocurrencies appeal to their supporters for a number of reasons. Here are some of the most popular: –

To hack a blockchain, you would have to hack 51% of the miners on the network simultaneously, making security breaches nearly impossible. Nevertheless, crypto exchanges are still prone to hacks, and unless you store your crypto in a hardware wallet, you are not completely safe from bad actors.

But that doesn’t mean it’s completely secure in the same way most people consider the U.S. dollar or other established currencies to be secure. Since cryptocurrency isn’t backed by any governmental authority, it doesn’t have the same protections as many standard currencies throughout the world.

And, importantly, just because cryptocurrency is secure does not make it safe. As much as some of the recent popularity of cryptocurrency is driven by investors’ belief in its value, that value is still based on speculation. For those who invest in crypto, it will be among the riskiest investments they make.

Although blockchains are virtually impenetrable, bitcoin and other cryptocurrencies are risky investments. It is not unusual for bitcoin to drop by 80% to 90% in a bear market, like in 2015, bitcoin lost 84% of its value, and in the 2018 bear market, bitcoin lost nearly 85% of its value. For those who see cryptocurrencies such as Bitcoin as the currency of the future, it should be noted that a currency needs stability so that merchants and consumers can determine what a fair price is for goods. Bitcoin and other cryptocurrencies have been anything but stable through much of their history. For example, while Bitcoin traded at close to $20,000 in December 2017, its value then dropped to as low as about $3,200 a year later. By December 2020, it was trading at record levels again.

Cryptocurrency is an incredibly speculative and volatile buy. Stock trading of established companies is generally less risky than investing in cryptocurrencies such as Bitcoin.

Many cryptocurrency investors view crypto as a long-term investment. Some investors claim that they will never sell their cryptocurrencies because they believe that crypto will replace both gold and fiat currency.

On the other hand, some crypto traders view cryptocurrencies as a short-term investment. Some traders will even buy cryptocurrency tokens that have no real value because they think the price will increase.

Cryptocurrency as a Short-Term Investment

Other short-term traders buy bitcoin during price increases, hoping it will be quick enough to exit out of excitement. Some traders can make money this way, but for most people it is better to buy their cryptocurrencies only for the long term.

Cryptocurrency as a Long-Term Investment

If bitcoin is to cryptocurrency what PC computing was to computer, then ethereum will be to the internet. Ethereum hosts a decentralized app (dApp) that lets people use Ethereum for more complex financial transactions, such as loans, insurance, and derivatives. Dapps can also be video games–running games on Ethereum allows users to buy and sell each other in-game items using the blockchain.

Before investing in cryptocurrency for the long term, be sure to understand what you are investing in. Find out what problem cryptocurrency is trying to solve and then assess whether there is really any benefit to using blockchain technology as part of the solution. Some cryptocurrency companies create a token to easily raise funds from unaccredited investors, and there is no competitive advantage for their company to operate on the blockchain.

How to Invest in Cryptocurrency?

Buying bitcoin or other cryptocurrencies can be a fun way to explore an experimental new investment. But it’s also true that any investment in cryptocurrency should carry a warning label like cigarettes: “This product may be harmful to the health of your finances. Never buy more than you can afford to lose.”

What are the advantages of Cryptocurrency?

The advantages of Cryptocurrency are as follows: –

What are the disadvantages of Cryptocurrency?

The disadvantages of Cryptocurrency are as follows: –

Bitcoin has experienced some rapid surges and collapses in value, climbing as high as $17,738 per Bitcoin in Dec. 2017 before dropping to $7,575 in the following months. Cryptocurrencies are thus considered by some economists to be a short-lived fad or speculative bubble.

There is concern that cryptocurrencies like Bitcoin are not rooted in any material goods. Some research, however, has identified that the cost of producing a Bitcoin, which requires an increasingly large amount of energy, is directly related to its market price.

Cryptocurrency blockchains are highly secure, but other aspects of a cryptocurrency ecosystem, including exchanges and wallets, are not immune to the threat of hacking. In Bitcoin’s 10-year history, several online exchanges have been the subject of hacking and theft, sometimes with millions of dollars’ worth of “coins” stolen.

Nonetheless, many observers see potential advantages in cryptocurrencies, like the possibility of preserving value against inflation and facilitating exchange while being easier to transport and divide than precious metals and existing outside the influence of central banks and governments.